I don’t know what started me being so into Jaden Smith, maybe it was because he’s Will Smith’s offspring who is another person I look up to so I just followed everything from him, but I can’t fully remember. Never the less Jaden Smith epitomises exactly how I want to be; Fearless, confident, creative, I could literally go on and on and on. To sum up why he’s number one on the list, it’s just how he just does whatever he wants to do  hesitation no matter what anyone thinks (wearing a dress) literally, putting his hands in every pot literally doing EVERYTHING. In addition to that he really puts in the work into trying to make the world a better place.

Growing up I feel like any confidence I did have was stripped from me as the years went by until I reached rock bottom. I didn’t feel I was good enough for anything, so seeing someone so much on the opposite spectrum really made me gravitate towards him and I feel chasing the way he has gone about things is helping me elevate to that level. Seriously, even the name of my blog and the logo is based of his brand 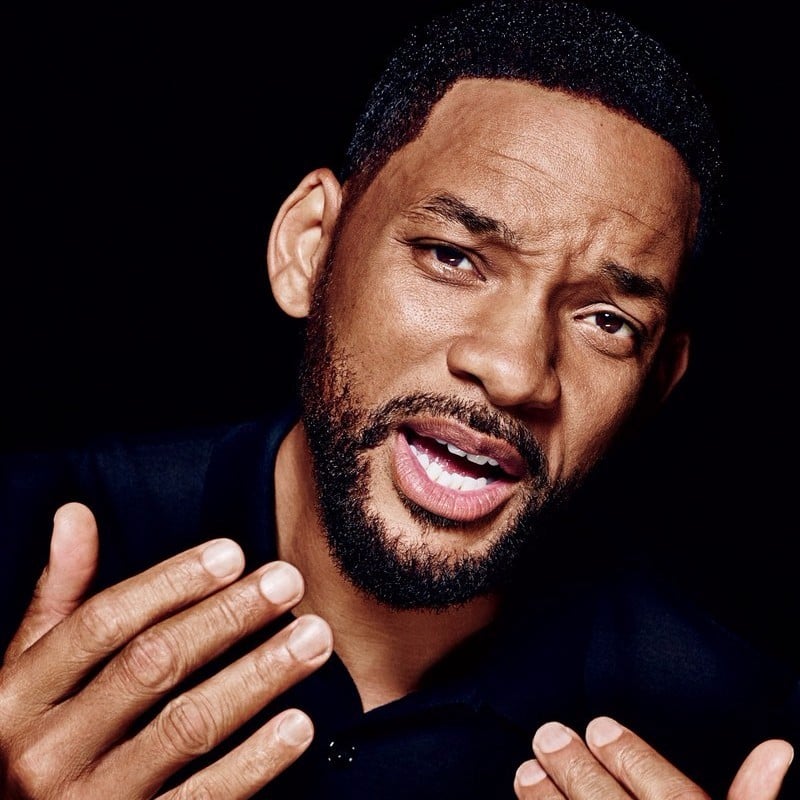 I could literally just write “It’s Will Smith” and I think you’ll get the point but I have to write a lil sommin lol. We’ve all grown up with with Will Smith being part of our lives. Whether its from The Fresh Prince, Men In Black, Summertime, it’s whenever, however. The energy Will Smith has with him and in everything he does magically makes you like him instantly. Hearing his motivational talk also hits home, it actually makes you believe you can do it as well. Overall he is an all around great guy with a wonderful family, it’s really impossible to hate.

‘Iron’ Mike Tyson. The Best Boxer that has ever lived in my opinion (you can come at me for saying that, I have the time). In his prime he was a monster, literally knocking out people for fun within minutes. Everyone knows who Mike Tyson is but not every ‘knows who Mike Tyson is’. I knew Mike Tyson was a boxer (I mean everyone did) but at the time that was about it… I never really knew ‘Mike Tyson‘. There was a day I was on YouTube and for some reason I decided to watch a Mike Tyson documentary, once I finished watching it I realised how similar he is to me (of course in each owns different way). The pain he bared whilst growing up, the scrutiny in the limelight and all  the issues he had to face. The hard guy in the public but really he was broken inside. It really opened my eyes to the fact that even really successful people go through shit and can still prosper despite it. Hearing Mike Tyson talk now during interviews and other stuff he is soo funny (you wouldn’t even expect it), happy and just on the bright side of life and it’s such a contrast of how he used to be (you can literally search his old interviews on YouTube) showing how far he has come to be o be in a such good space and how far I can go into a better place.

The King and the greatest ever, watching how brilliant he was during his time at Arsenal and his career was just amazing. I remember watching his documentary and watching just how good he was transcends a feeling of greatness on to you. The thing about Thierry Henry is just how good he was and him being so close to home (in terms of playing for Arsenal) it really filled me with it. I remember back in primary school days when i never had Sky and all the mandem would be talking about all these Channel U songs and I would just be there acting like I knew what they were talking about even though I had no idea. The times I did get to watch Sky (literally it was privilege back then) I would go on Channel U and one occasion I heard ‘Wifey Riddim‘ (which is still a tune till this day btw). Even in primary school when everyone was making tag names and I had no idea on what to call myself I just said “Tinie Tempah” (I later changed it to Lilosi, don’t judge me). After that song I never heard him again (because I never had sky) until pass out came out. And when that came out the whole place went mad, I mean the whole country went mad. That song literally changed his life and from then he just kept striding forward and making moves. The thing that really struck me was him going platinum in America, PLATINUM. I don’t think you understand how much of an achievement that is for a UK rapper going into America because many have tried and failed before him, Written In The Stars was used for the WWE , the Superbowl (I may be wrong), he was even on 106 and Park, like he made it. Reaching feats no one else has been able to do (well.. you could say Slick Rick) from a UK rapper is mad and the level he has reached now is soo crazy, you cant do nothing but respect and look up to it.

I used to think Formula One (F1) was boring as hell, just cars going ’round a track. I remember back in 1 – 5 days and it would be on because there was nothing else, I would sleep in between of a raceand every time I woke up it would be “Michael Shumacher has won the race”. Lewis Hamilton was the person that got me into F1 mainly because he’s black, and there any another black guy in the sport so I thought should follow him. From the jump you could see this guy was amazing, the competitive edge he has over his opponents and the way he made f1 fun (to me anyway) is just incredible. That winning mentality he has but also enjoying life to the fullest (you wouldn’t even think he is Formula One driver by all the things he be doing and places he be going) is really something to look up to and strive to achieve.

The Nigerian Nightmare (as I like to call him). He is literally the reason I watch boxing now and follow whats going on in the sport. He has gone from stride to stride to become heavyweight champion of the world and IS! going to unify the  heavyweight division. I think the Nigerian in him made me gravitate towards him but even so, you can’t take how much he has grown in such a short amount of time.

This guuy maaaannn. The Peoples Champ. I remember I used to always try do the people eyebrow until I mastered it (I have mastered it btw). and he is another person who has lierally grown up with us. The days when he used to be in WWE was when it was so live!. He’s charisma is just second to none, I mean the way he interacts with an audience is just amazing, he just has that natural pull which is a trait I would love to have on that level (I think I’m getting there). He is one of the few people in the world where I think it’s impossible to hate them, seriously.  He’s always smiling and always looking to give back and extend a helping hand to anyone, such an amazing guy.

I’m not really following Tennis now as Andy Murray has been injured, but again he was the person that got me into the sport. I also used to think tennis wasn’t that good but I would watch it from time to time and  back then we had Tim Henman and… he wasn’t really doing it for me. For a while I wasn’t really watching tennis but the name “Andy Murray” always used to come up so obviously I went to go and check him out. He was always the underdog, but he was carrying the WHOOLE nation with him (I mean it was really just Britain trying to cling on to something as they aren’t really making noise in any sport), but he always came up short, always ‘almost there’ but would always get beaten by the Nadal’s and Federer’s of the game. And I felt some sort of connection as I felt I was never good enough or better than anyone so I would always root for him to win a title, and then… HE FINALLY WON WIMBLEDON!!. On a serious note it literally felt like I won it as well lol, but from someone who always came up short to then become champion of Wimbledon, the most prestigious titles in the whole of tennis is just an incredible feet and one I hope I can emulate in my own journey.