I’m always going to this, but if you haven’t already. All the parts of my first year of university can be found below:

First Year of University (Part One)

Start of the second year of university YAAAAY…

You remember the resit I talked about in the First Year of University (Final Part) I failed that. I got 90% on my exams, and 25% on the other thing, Although I got 40% overall because the other one was not over 35% I failed, and to be honest. I answered that shit PER. FECT. LY! So how I even failed was beyond me. I was going to appeal the decision, but there was honestly no point, so I had to repeat the modules I failed again, and basically, repeat the first year.

By the way, that guy ended up leaving that year, so that was positive because I honestly cannot forgive him for doing what he did, but I shall let it breathe.

Just to get the academic part out of the way I passed all the modules lol. But it was weird because the blocks where I had the modules had two massive gaps in between, so for the most part, I was doing absolutely nothing. I never actually told anyone this (apart from Arin), and would tell people I was doing a placement year because in my head I didn’t want to showcase how “stupid I am” for failing the first year, but yeah. Now that’s out of the way, let me tell you how my “2nd year” went down.

So I’m back in Coventry in a new house and everything.

Freshers week is coming up and just like the previous year I go through the normal procedures, but it just didn’t seem to hit quite like it did last year.

Anyway, we just finished the bar crawl, and my friend Hiren was like “This guy from Game of Thrones (or something like that) is at JJ’s (the club).” Bearing in mind I haven’t watched a single episode (sorry not sorry) I told him “Kool, let me go home and changed and I’ll meet you there.”

So I eventually get to the club and “apparently, the guy from Game of Thrones left before Hiren got there.” So I’m walking around in the club, and I happen to see my friend Daniel in the distance on the dancefloor, he was with a group of people, but he was the only one actually facing towards me so I couldn’t see the other people he was with, as I’m going over to say hi guess who one of the people was in his group?

You guessed it, it was her.

You know that feeling when your heart just tenses up for a second, it was a madness. But I came here to speak to Daniel so that’s who I attended to first. Not going to lie, we had quite an extensive chat until I finally turned around to talk to her. Bearing in mind she had been airing me all summer it was quite an “experience” talking to her at that moment, and after our little chat they ended up going home after a while, and again, all those shitty emotions started to come back and I had to leave the club because my mood had plummeted waaaayyyyy too low to continue clubbing.

The next night out I see her again outside and we get into a little argument (not a serious one, but you know lol). So we get back in and she’s chatting shit about “how I made her miss bashment” (but really, Angel and Tion Wayne were performing so that’s the main reason we are here). 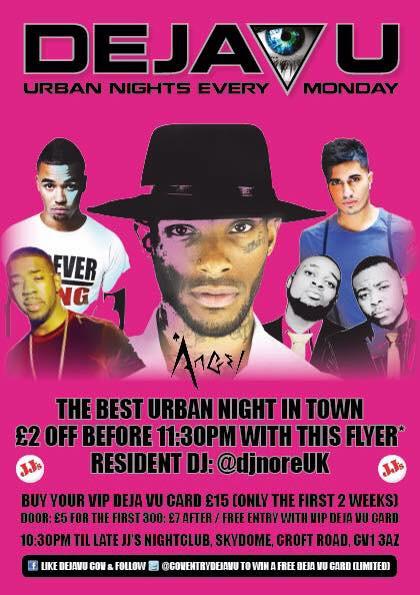 After a while, they both come on stage and perform their sets and then the beloved bashment comes on (what a coincidence).

Slowly her friends leave one by one until it’s just me and her. So I pull her towards me and we begin to start dancing together, but midway through she goes “I feel bad,” and I ask “Why?” She immediately responds with “Nothing nothing” and we continue dancing. Before she leaves she tells me about this Tim Westwood event and tells me I should come, so the next day I got my ticket from the promoter and waited for it.

Finally, it’s time, and I’m already pissed off before getting there because one person I went with decided to take us on a cross country to find this guys house for pre-drinks when she DID NOT KNOW WHERE HE LIVED, meanwhile telling us she did (we ended up going somewhere else). But anyway, we get to the event, and the line is a madness. So we did the most logical thing and pushed in. What a coincidence that where we decided to cut the line was like two people behind where she was.

Obviously, we’re making a bit of noise when we were pushing in, so they look back. She was standing with two other girls, and one of them looked back, saw me, and then whispered something to her. She then looked back said hi, which was literally our only interaction that whole night. The thing that was bugging me more than the distancing was her two friends continuously looking back at me and then whispering back to her.

Any time I would speak.

Anytime someone called my name.

And it was just like, what the actual fuck.

Bearing in mind I have never seen these girls before in my life, so I don’t know them at all but they clearly know me. That was one of the most frustrating and uncomfortable two hours of my life, YES. Two hours in that line even though we pushed in. And after getting to the front of the line guess what? We didn’t even get in.

We didn’t even get it.

So I basically paid for two hours of mental torture, how amazing.

But it was when…